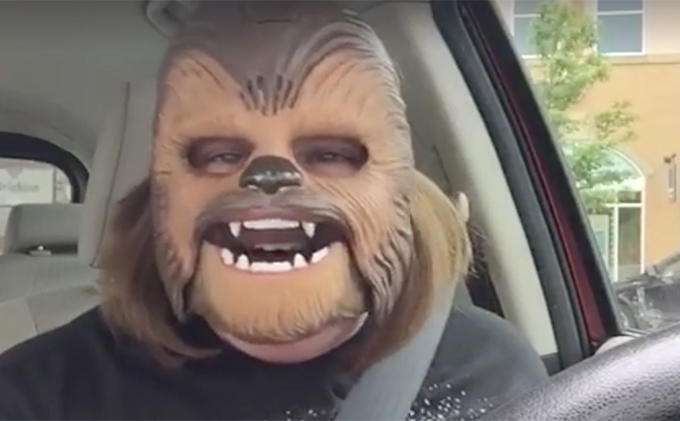 When you think of online video marketing, the days of YouTube loops may be starting to feel like a fuzzy memory. Today, social media networks are all clamouring to be at the leading edge of video and social – the sweet spot for content marketers (and advertisers). From native apps like Snapchat to updated features like Facebook Live, the hunger for video content is insatiable and it’s a tough battle for eyeballs. Though YouTube as a platform remains gigantic in its reach and content archives, its supersaturation of marketing content has stunted it from being able to keep up with easy-to-use apps like Snapchat or Instagram. Such shifts in social media consumption seem to happen in a hot second, so here are a few nuggets to help keep you current on video and social trends.

With +10 billion video views a day, Snapchat is prime time for companies targeting the millennial market. The nonexistent attention span of its millennial base makes some of its features (i.e. the Inspector Gadget-like “self-destruct” expiration of messages) the definition of FOMO. Ad views are astronomical (with ads seen an estimated 500,000 to a million times a day), but Snapchat’s Discover section is also quite the buffet for content publishers competing for screen time. Add to that filter geofencing and celebrity adopters and any millennial-targeting company absolutely has to consider how Snapchat fits into its communications strategy.

Facebook’s use of video is more than just entertainment –  it’s a true data delight for marketers. FB has been continuously chipping away at being more than just a social network, and its introduction of two video functions this year have helped re-assert its dominance. Firstly, is a feature to reply to a post with a video snippet (currently available only on desktop). While I don’t comprehend why FB wouldn’t roll this out with a mobile-first approach…the idea sounds neat but feels cumbersome. Secondly, the introduction of Facebook Live has become a livestreaming must as companies and news outlets flip from Periscope or the long forgotten Meerkat. You don’t have to be Time Magazine to make a splash on Facebook Live – just ask Chewbacca mom and her +6.8 million views.

Long the bane of my existence for having to truncate to a 15 second video using a slider, Instagram shocked the world earlier this year by increasing its playtime to 1 minute. Just like that – quadruple the airplay. While the platform has come a long way in making the lives of marketers easier (i.e. account switching! Facebook Ads Manager integration!), it was easily overtaken by Snapchat in video world. However, it doesn’t always make sense for every company to adopt the latest trend, and in some cases the energy, youth, and US-based demographics of the Snapchat market may just not be a good fit for your marketing plan. So consider the visual nature of Instagram (and its permanence of photos and videos instead), as well as its 75% international audience base, and it might just have a preferential position in your marketing mix.

As one of the most cluttered social networks, Twitter usage has essentially stagnated since roughly early 2015. While Twitter has made great strides in incorporating a video component, the overall usage is just nowhere near what the three social networks above offer their audiences (and with less bots, spam, and dead air). Marketing gurus like @garyvee observe massive declines in engagement among their established fans (likely because they’re too busy double tapping), but the place of Twitter as a video tool can still find a home in a social media manager’s engagement strategy. In fact, better analytics can be expected as Twitter recently announced a partnership with video company Innovid that will provide more data depth.

Regardless of what the hot channel or trend is, the key to success with social media marketing (and video on social) has to come back to what the underlying strategy is to meet your objectives. Resist the urge to hurl your marketing into the arena of video until you’ve thought through the production and distribution thoroughly (lest your Snapchatting attempt self-destructs in…3…2..1…).

Social Media is reaching more people than ever before. What was once thought of as…

Social marketing is a fundamental part of any digital marketing strategy these days, as it's…