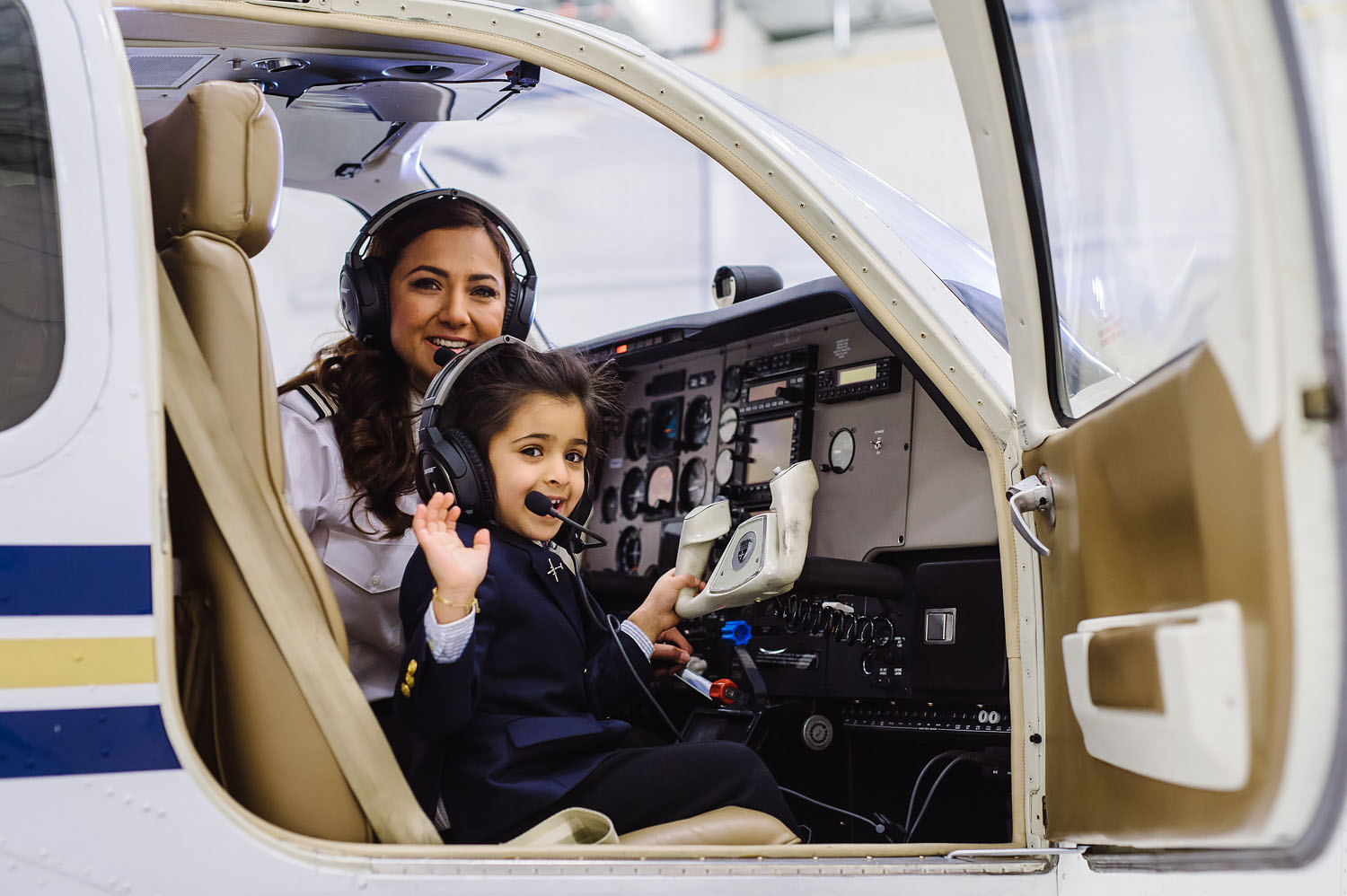 Why Horsefly is All-In on #STEMsoars

This month at Horsefly we are celebrating female accomplishments on our social accounts, especially those in fields where you don’t often see too many women, such as STEM (science-technology-engineering-math) and aviation. This was inspired by Shaesta Waiz, who is about to become the youngest woman ever to fly solo around the world. In a six-seater airplane. With five seats removed to carry extra fuel. 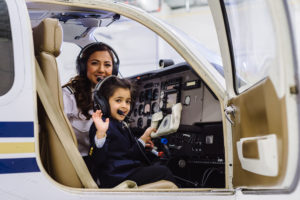 Best of luck to Shaesta Waiz as she begins her three-month solo flight around the world to inspire women and girls to consider flying and STEM careers.

In a nutshell, Shaesta emigrated to the US with her five (yes, five) sisters from Afghanistan when she was a girl. She grew up poor, with community and societal expectations hovering around that “hope I graduate high school before getting married and having babies” mark.

To jump to the last slide, she is now the first in her family to graduate college, then upped the ante by also getting her masters. And now, in preparation for her historic solo, she has her commercial pilot’s certificate and went through an intense “confidence training course” with multi-world-champion aerobatic legend Patty Wagstaff.

I happen to love a five year old girl very much. She in turn loves pink, and My Little Pony, as well as the Real Little Pony currently munching grass outside my office window. But she has wonderfully enlightened parents, who have thoroughly embraced the “you can be anything you want” belief system, and Miss Violet has also expressed an interest in the girl-pilot book I gave her, and the replica WWII airplane that can be ridden around by tiny kids like a bicycle.

When I invited her mother to bring Violet to the launch of Shaesta’s historic flight – at five years old Violet can definitely retain that early memory of watching a young woman fly off with loads of people cheering her on – the answer was, “Oh, her ballet recital is that day.”

Me being me — always a bit remorseful that I am as graceful as a frog on roller skates (don’t ask, I’m a southerner, frogs or grits ALWAYS come into it) — I wondered if my (silent) “Why is ballet is more important than going to see this launch?” kneejerk reaction was simply my own abject failure as a kindergarten ballerina. Then I remembered I really didn’t like ballet anyway, but thanks to my parents, I had the opportunity to try it.

Of course Violet has to attend her own recital, planned long before Shaesta’s launch date was finalized, no argument. But the best part is that Violet’s mom (and dad) are committed to giving her options and choices. If it’s ballet, I will wholeheartedly join them in cheering her on – but if desired, I’ll also help them give her more choices, such as riding, flying, and scuba (my own three credentialed areas), and any STEM subject encouragement I can give.

If you’re scratching your head wondering why I’m writing the obvious, here’s why: it’s not so obvious to millions of people. If you search for stock photography of women who fly, you get either pinup girls with big boobs and shorter skirts, draped on an airplane, or little boys in dress up captain outfits, and little girls in – yep – flight attendant uniforms. You really don’t see actual women flying actual airplanes in mainstream photo sources. 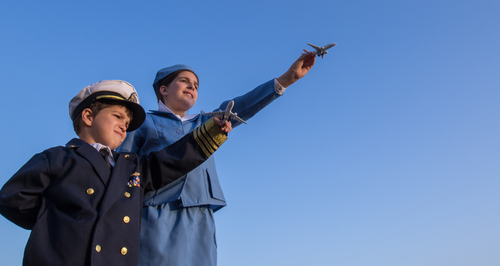 Stock photography’s return for a search for a “woman pilot”. Be thankful I spared you the pinup girls draped on biplanes.

That’s because we’re pretty rare. Only six percent of US pilots are women. SIX. And that’s all certified pilots in the comparatively enlightened United States. When you talk US airline pilots, or global “all pilots”, that drops by half. Measure global-airline-captain, and you get point-three percent. For those of you with shaky math skills, that’s 1 out of 333 airline captains globally who are female. This means if you fly, on average, bi-monthly for all your work years, you are likely to fly with between 0 and 1 of the ~450 female captains flying globally. In forty years of flying.

Now that IS a biggie. Problem, that is.

Putting aside the outstanding societal impacts of ALL of our people feeling free to choose a career they love (if no one hated their day job, we’d have a lot more happy people, don’t you think?), the “why should I care?” aspect is that we are facing a huge disconnect between flying jobs and pilots, and STEM jobs and those kinds of smart people. When your airfares grow at a multiple of inflation because we don’t have enough pilots, you will travel a lot less (or spend a lot more). When the cure for cancer is delayed, or the iPhone 10 doesn’t come out until 2025, you can thank the STEM gap.

Can men be enticed to fill those jobs? Of course! And there are efforts underway to do that. But people are drawn to careers for intensely personal reasons – and when you write off fifty percent of the population because they were born female – well, that doesn’t help. In fact, if young girls and women were magically engaged and qualified in STEM and aviation tomorrow, we would fill both gaps immediately.

It’s all about personal choice.

At some point, men became engaged with the idea, then comfortable choosing “nurse” or “teacher” as a profession, which is terrific. There is absolutely no reason why women shouldn’t feel the same way about “pilot” or “IT professional”. But by and large, they don’t.

There is a somewhat legitimate logistical problem that might lead to women choosing to not become a professional pilot (although it does not broadly hold true for STEM). Flying is a demanding, un-child-friendly occupation. Most couples still take the traditional role of mom stepping back a bit, and a flying schedule isn’t conducive to that. Being a flight attendant is a less perishable skill, and has less of a career escalator you can’t step off for a childrearing break. So if you want to be a mom, and you don’t have that rare relationship where you can be the primary careerist, then I can see the point.

However, it’s all about choices, and the biggest issue is simply that women never consider the choice of flying. They don’t see women pilot role models, and they aren’t encouraged to try it. Little girls go to ballet classes, little boys go to flag football. Later, it’s the little boys who will know they can become a pilot if they choose to do so, whereas little girls ‘know’ their only flying job is handing out drinks and peanuts. (And yes, I have respect that the job is a whole lot more than that, especially safety. Much like flying the plane, they earn several lifetimes of pay on “one bad day”.)

STEM fields graduate a good percentage of females (almost 45%), but many of them divert into non-STEM careers for the same reason – they don’t see women in those careers, and “you can’t be what you don’t see.” STEM professionals are currently about 25% female, globally.

Where do we go from here?

Personally, I’m going to keep on my usual route being supportive. I’ll be here for Violet (and her baby cousin Hazel, and little brother Hunter) no matter what they grow up to be. Ultimately, I’d wish for them to be good people, curious, and with a joy for life. Part and parcel of that joy is feeling a purpose, whether through giving back (like Horsefly’s sponsorship of Dreams Soar), a job they love, or a side passion that knits it all together. If they’re really lucky, they’ll combine two or more of those into one grand purpose… even if that’s (gulp) becoming a dancer.

Because as much as I had a knee jerk reaction that flying-beats-ballet any day, I have to admit, there’s absolutely nothing wrong with any of those choices, including being a ballerina. You just have to have the option to explore, and choose, what moves you. 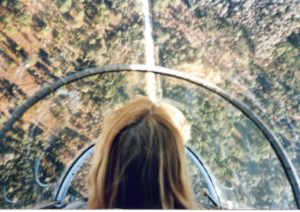 Holly at age 17 completing a loop in a Blanik L-13 sailplane.

Holly Davis is creative director and founder of Horsefly Group, and the daughter of the coolest dad ever, a 1927 edition who bucked his generational norm to always tell her she could be anything she wanted, then stuck her into flight training when she was 14 to prove the point. Even though she did not choose to make a career of it, Holly counts earning her flying certificates and ratings as the single most transformational experience in her life, and is quick to encourage others to try flying. A STEM (aerospace engineering) dropout, she instead graduated with a BS in Advertising from the renowned Texas Creative program at UT Austin.

Ever wonder how great brands are created? Here's how! Maybe you're a on a shoestring…

Be the Best Friend a Business Needs

Is your business doing well right now? Or is it struggling? Horsefly is here to…